The Annales School of history which arose in France in 1929 has been criticised for a lack of coherent meta-narrative and lack of focus. The school has gone through three major periods of development and fragmentation such that the title ‘school’ may even have become inappropriate. However, even if no longer comprising a formal school and more a group of fellow travellers, the Annales approach to history has also been credited with revitalising the academy, introducing new concepts such as the study of mentalities and the Longue Duree. So while the criticisms of poor focus and coherence may have some validity the influence of the Annales school remains strong and, it could argued, continues to enrich historical inquiry today. The very differentiation of the various Annnalists has aided the dissemination of the Annales approaches to history which are now widespread in the Europe not only in new areas of study such as family history but also in the enhancement and evolution of more traditional areas of history such as biography.

As Burke has stated, old history was the ‘narrative of political and military events, presented as the story of the great deeds of great men’.  While there had been previous challenges to this dominance from the Enlightenment onwards by the beginning of the 20th century political events retained their prominence within historical inquiry and the significance of cultural and social history remained relatively side-lined. However, criticism of this state of affairs was growing and would be effectively challenged by the arrival of the Annales School.

The approaches of the Annales School are detailed in two of their most famous publications, Feudal Society by Marc Bloch and The Mediterranean and the Mediterranean world in the age of Philip II by Fernand Braudel. Bloch details the purpose of his research into feudal society thus, ‘what we are attempting here is to analyse and explain a social structure and its unifying principles’.  Braudel describes The Mediterranean World as, ‘an attempt to write a new kind of history, total history’.  This focus on ‘unifying principles’ this ‘total history’ requires the integration not only of different types of history but also input from others disciplines such as anthropology and sociology. And it is this interdisciplinary approach that has spread through historical practise. The lack of a single defining methodology but rather the adoption of methodologies when and where appropriate has allowed the Annales School to adapt such that its influence has grown even as it has, in its multiple forms, wandered far from its initial roots. Because the Annalists fused approaches from multiple disciplines the work they produced was multifaceted and comprehensive. 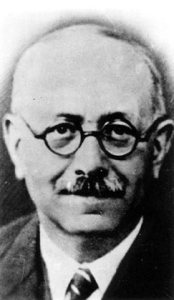 In attempting to counter the challenge from the Annales School more ‘traditional’ historians have been forced to look to their own methodologies and have, in some cases, incorporated Annales approaches within their own field of inquiry. Eric Hobsbawm, the Marxist historian, was critical of the Annales approach but instead of simply rejecting it as a method of historical inquiry has engaged with the mentalities and suggested that it can be used a ‘cohesion of systems of thought and behaviour’. Hobsbawm’s work, whilst retaining its Marxist analysis of historical events, has incorporated Annalist mentalities to strengthen notions of worker oppression within the economic system and the style of agency adopted by those workers in resistance to that oppression. Similarly Gismondi in his criticisms of the Annales, and these are many and varied and strong, still appreciates and does not dismiss the mentalities approach outright but rather calls for it to ‘purge itself of its ethnocentricity,… drift towards enlightenment, and … analytically shallow ethnography’.  Gismondi illustrates his criticism of the Annales with the example of Le Gof’s analysis of Louis XI apparent cognitive dissonance: holding a modern political outlook and a traditional religious belief. Gismondi finds that Le Gof’s analysis of this situation rather than explaining it merely raises questions over the function of this dissonance. However, Gismondi does not reject Le Gof’s analysis completely but suggests ways in which it might have been improved. 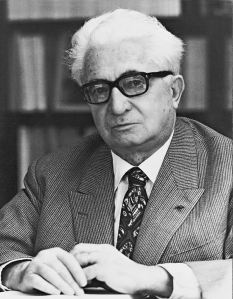 Taking the study of mentalities, the influence of the Annales approach is now so pervasive it can be difficult to imagine how history could have previously been researched without taking cognisance of the thoughts and beliefs of the human players. For example, Georges Duby’s research into marriage in medieval Macon took full advantage of the mentalities approach locating marriage within the juxtaposition between the material and spiritual worlds. By applying an analysis of the mentalities of the people of the Macon region Duby produced an understanding of marriage as a form of social constraint. This new insight into the role of medieval marriage gave a more rounded appreciation of French medieval communities and how they functioned as a unit.

The Annnales influence can also be seen in recent historical work on the Carolingian Empire. The book The Carolingian World, published in 2011, starts its investigations in the year 753 and follows the development of the Carolingian Empire until 888 and placed within the long medieval span of European history. Unlike an ‘old’ history this book incorporates, politics, economics, beliefs, culture and even village life. It could be said to be the histoire totale of the Carolingian world of its title. While a span of 135 years is hardly a Longue Duree,  without the influence of that concept The Carolingian World would most likely have stood alone rather than within the medieval span from 410 until 1500. Without the application of the concept of the Longue Duree and the inclusion of mentalities this Carolingian history would probably have been reduced to the political and economic decisions of the Carolingian court dominated by Charlemagne. However, the use of the Annales model gives a contextualisation of Charlemagne’s, and other rulers, actions which results in a more nuanced and fuller historical understanding of the period.

The influence of the Annales School can also be seen in more popular history. Many ‘traditional’ historians  frequently state that the core of history is narrative and biography. However, within those narratives and biographies the Annales approach to mentalities can be seen with the motivations of individuals and beliefs of the time providing a more nuanced context for the actions of the ‘great men’.

The use of anthropological and sociological understandings in combination with history has allowed academic, and other, historians to bridge the socially constructed barriers between disciplines engaged in researching the human condition. Past societies are indeed past but the Annales approach offers present day historians a greater range of tools with which to try and understand that past. It is this offer of increased approaches that has contributed to the influence of the Annales today.

The influence of the Annales School is widespread.  The roll call of historians who have incorporated the Annales approach into their work includes Hobsbawm a Marxist historian, Huppert a social historian and current Editor of the Journal of the Historical Society in the USA, Iggers a critic of historism and Wallerstein a historical social scientist. The use of the Longue Duree and mentalities as methods of study can be seen in the work of traditional style historians of the likes of David Starkey and in formal textbooks such as The Carolingian World.

The final paragraph of The Triumph of the Annales states that, ‘mentalites are no longer understood as discursive formations detached from reality; rather they constitute an integral part of the study of history. It is in this sense that history has been enriched while preserving its own ambition to be global, even as it has avoided the fragmentation of its own field of analysis.’ The Annales School continues to have its critics the existence of which proves its influence, but even its detractors would possibly, however reluctantly, agree that whatever its shortcomings it has indeed enriched the understanding of history.  And in that sense alone its influence has been far reaching.