Everyone has heard of Franz Kafka, the writer of such masterpieces such as Metamorphosis and The Trial. His troubled relationship with his father, his love life and his eventual early death from tuberculosis are all well documented. What is less well known is his work for Die Arbeiter-Unfall-Versicherungs-Anhalt für das Königreich Böhmen in Prag (the Workers Accident Insurance Institute for the Kingdom of Bohemia in Prague). 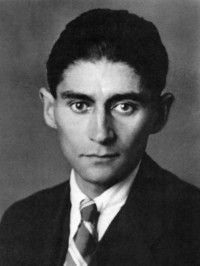 Kafka was a man who longed for love but with a fear of intimacy broke off all three of his engagements; longed for fellowship but retreated from friendships with only a few exceptions. He lived as solitary a life as he could stating that writing was his true vocation and that his job was merely a means to an end; independence from his father.

The Insurance Institute was a quasi-government organisation that dealt with safety standards in industry and industrial accidents. Kafka started work with the Insurance Institute in July 1908. His hours were to be 8 a.m. until 2 p.m. which suited his pattern of writing in the evening. The work was not overly onerous and allowed Kafka, after a short rest which he took every day, to think and write. It appeared he had found the perfect job; one that paid his bills but gave him the physical time and psychological conditions in which to write. 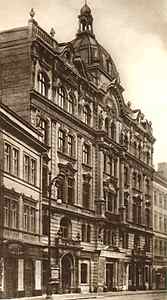 The Insurance Institute was an old organisation and, although by 1908 was attempting to reform itself and become more efficient, as a result the work frequently stagnated under the weight of bureaucracy and paperwork. Kafka could, if he chose, do the bare minimum of work and leave himself free to write. But Kafka the loner, the man who longed for friendship but feared intimacy and lived as solitary a life as he could became a champion of workers rights.

His work at the Insurance Institute frequently required him to assess insurance claims submitted by workers who had been injured in accidents. Kafka worked furiously to process claims quickly and to the fullest extent. In his spare time, he started to write, anonymously, letters and articles to the press about the conditions of workers in factories and the need for greater safety.

He wrote that certain companies were deliberately with-holding their mandatory contributions to workers insurance schemes. Articles appeared accusing managers and owners of knowingly putting workers lives and of bribing inspectors to falsify safety reports. As well as drawing attention to conditions Kafka offered practical solutions. In an article he wrote in December 1909 he outlines the accidents suffered by workers in timber mills when cutting wood. After detailing the cause of the accidents, he then goes on to offer a practical solution. It is extremely doubtful if his superiors in the Insurance Institute were aware Kafka’s activities. While some in the management were trying to reform the Insurance Institute, many more clung to the older ways. Several of those in the senior management were related to of friends with factory owners and would, had they become aware of Kafka’s letter writing, have instantly dismissed him.

As Kafka advanced through the Insurance Institute his new responsibilities required him to visit factories and industrial plants to assess safety regulations and insurance. These visits frequently brought Kafka into conflict with is superiors as he reported on every breach of safety regulation, on workers’ conditions and on the callous nature of owners and managers. Kafka refused to be silenced. Combined with his letters and articles to the press, and the slow but steady reforms being implemented in the Insurance Institute workers’ safety was improved and protected across Bohemia.

Kafka’s work with the Insurance Institute gave him first hand experience of the brutal nature of the industrial world and may well have inspired much of his writing. What should not be forgotten is his role in improving conditions for workers across Bohemia.